The lower sales were attributed to Samsung's soft mobile phone sales and lower green host sales. UDC reports that Samsung adopted a different green host supplier in some of their panels. The company is working on new high-performance low-cost host materials, but they always said that this is a competitive market.

A couple of months ago, Samsung release the Galaxy S5 LTE-A, that sports the company's latest AMOLED panel - a 5.1" QHD (2560x1440) Super AMOLED. Anandtech posted a long review of this new phone, and they find that the display is actually a little bit more efficient than the 5.1" FHD panel used in the GS5, even though it sports a higher resolution (which usually means a less efficient display as the aperture ratio gets smaller. 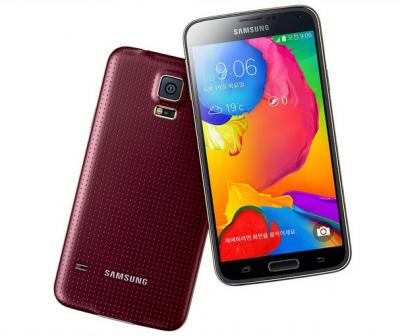 Anandtech further says that Samsung told them they switched to a new, improved emitter material for the new QHD panel, which explains the increased efficiency. This is interesting as the QHD display was released only a few months after Samsung started producing the FHD panel, which by itself was 27% more efficient than the previous generation panels - also due to more efficient OLED materials.

Universal Display reported their financial results for Q1 2014 - and the company had another great quarter. Revenues were $37.8 million (compared to $15 million in Q1 2013) and net income was $4.0 million. This does not include Samsung's license fees which will be $50 million in 2014, and will be paid in Q2 and Q4. 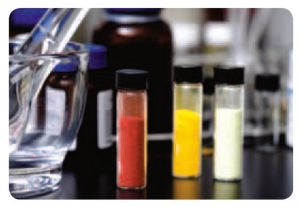 Samsung's Cheil Industries says that they will start supplying Samsung Display with phosphorescent green host for their OLED displays. Cheil developed the new material for the past two years and says that it will improve the OLED panel brightness and power consumption compared to the current material Samsung uses (made by UDC). It is also reportedly cheaper. 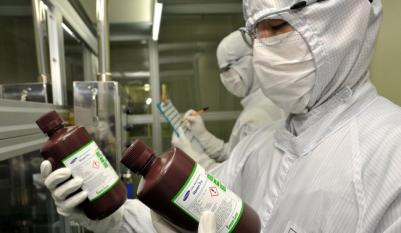 According to the report, some industry source say that this new material may have been used in Samsung Electronics' GS5 phone - as indeed we know the new display is brighter and more efficient than Samsung's previous display. On the other hand if this is true, than Cheil should have started ramping up production months ago. Cheil will produce 5 tons of this new material in a year.

Samsung SDI announced that it is buying Samsung's Cheil Industries for $3.3 billion in stock. SDI hopes that the merger will expand the reach of its lithium-ion battery business through the chemical and materials supply chain of Cheil.

Cheil Industries is involved with OLED materials, and in August 2013, Cheil Industries (together with Samsung Electronics) acquired Novaled for â¬260 million. According to Analysts, this merger will also create synergies in the OLED market for automobiles. Now SDI may use Cheil's OLED business to target materials for OLED lighting and displays in automobiles.

Last month Samsung announced that the Novaled acquisition for â¬260 million (almost $350 million) is complete. Samsung Cheil Industries now owns 50% of Novaled and the company said they will focus entirely on electronic components and materials. 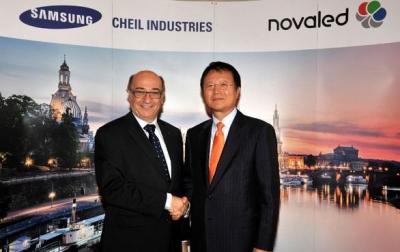 Now Korea's Yonhap News reports that Cheil plans to spend 1.8 trillion Won (almost $1.7 billion) over the next three years in on OLED and display materials and films. The company hopes to reach about 100 billion Won ($93 million) in OLED revenues in 2014. Cheil recently sold its fashion business unit to Samsung Everland for a trillion Won (almost a billion US dollars).

A couple of months ago Samsung announced it is acquiring Novaled for â¬260 million (almost $350 million). Today the Novaled announced that the deal is closed and the company is officially now owned by Samsung.

Samsung acquired Novaled for â‚¬260 million (almost $350 million). The deal is actually rather complicated - Samsung Electronics will acquire 40% of the company, Samsung's Cheil Industries will acquire 50% while the remaining 10% is held by Samsung Venture Investment. The â‚¬260 million includes a â‚¬30 million contingent payment, which is conditional to reaching certain milestones. 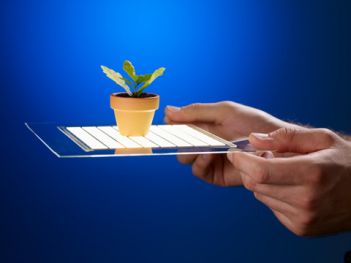 This puts an end to a long saga which began in early 2012 when Novaled filed for an IPO. This didn't go through and then in March 2013 Novaled was almost bought by Korea's Doosan. Later on it was reported that Cheil Industries are interested in the company and today the deal was signed.

According to reports, Samsung is close to acquire Novaled for $200 million. This isn't really surprising - back in April 2013 it was reported that Samsung's Cheil Industries was considering to bid for Novaled. Perhaps the deal will happen soon and that's why it leaked to the press. Samsung already owns 10% of Novaled.

Novaled filed for IPO back in March 2012, aiming to raise $200 million but this IPO was never completed. In march 2013 we reported that Korea's Doosan will acquire Novaled, but in two months later the Korean company decided it will not acquire the German OLED material developer.

Two months ago we reported that Korea's Doosan wants to buy Novaled for $270-360 million. Later it was reported that Samsung's Cheil Industries is also interested in buying Novaled (or acquiring a part of it). Now Doosan announced that it decided not to acquire Novaled after all. 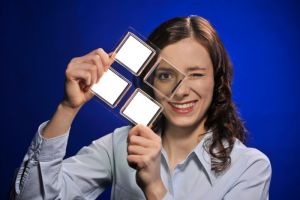 We do not know whether Cheil Industries is still on track to purchase the company or now. Samsung is already a shareholder in Novaled. A year ago Novaled announced plans for an IPO on the NASDAQ with an aim to raise $200 million, perhaps this will be Novaled's move after all.