OLED is a next-generation display technology that is replacing LCD displays in several markets, such as small displays for mobile applications, TVs and microdisplays. OLEDs are made from thin films of organic light emitting materials that emit light when electricity is applied. OLEDs have a much simpler structure compared to LCDs and have several advantages over the incumbent technology.

OLEDs do have some disadvantages, though:

There are several OLED microdisplay makers today. The two leading ones seem to be eMagin and Sony. Sony makes several microdisplays for the consumer market - which are mostly adopted as camera EVFs. For example Sony's a7S full-frame mirrorless digital camera uses an XGA OLED EVF.

eMagin's main markets are the defense, industry and medical markets. They are enter the consumer market - aiming to provide better user experience for VR and AR headsets.

Besides eMagin and Sony, there are a several other microdisplays makers - from Europe, China and Korea. 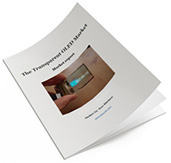 BOE announced it is raising new funds (a total of $3 billion) towards several projects, including an increase at its stake at its LCD lines and increase the capital at its 6-gen flexible AMOLED line in Chongqing.

According to the reports from China, one of these projects is a $155 million USD project to develop 12-inch OLED microdisplay production. This is a large sum that will also likely include funds to actually start 12-inch production and not just R&D.

Today we published new versions of our market reports - that cover the flexible, microdisplays and automotive OLED markets. OLED-Info provides comprehensive niche OLED market reports, and our reports cover everything you need to know about the niche market, and can be useful if you want to understand how the OLED industry works and what this technology can provide for your own industry. The reports are now updated to January 2021. 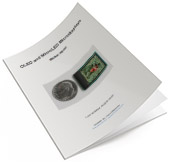 Kopin Corporation announced that it has shipped its first commercial order of its 0.49-inch 720p (1280x720) OLED microdisplays. The customer is a US company that will use the displays in public safety applications.

Kopin's 0.49-inch OLED microdisplays use the company's ColorMax technology for superb color fidelity and a duo-stack OLED structure for high current efficiency (over 10 candela per ampere).

The three partners are combining their respective competencies to present themselves together as a partnership supplier off all-in-one solutions. The Fraunhofer IAP is developing custom-made processes for display manufacturing with tailor-made inks. To achieve an industrial-scale best-in-class process solution, the parties are looking into all major pre-and post-processing steps, the substrate and the production equipment such as the inkjet print head.

China-based display technology developer Viewtrix (also known as Yunyinggu) announced that it is starting to produce its AMOLED and OLED microdisplay driver ICs. Viewtrix plans to produce 10 million AMOLED driver ICs by the end of the year - which is about 10% of the total Chinese market.

Viewtrix also announced that it has secured its Series D financing round, totalling $45.6 million, led by Sequoia Capital China.

Earlier in 2020 Taiwan-based INT Tech signed an agreement to establish a $143 million OLED display fab in the city of Taizhou in Zhejiang province, China. The company now updated us that the plant construction is progressing and production of the company's first displays (0.7-inch RGB AMOLED) is expected to begin in Q4 2021.

INT Tech developed a proprietary glass-based high pixel density OLED technology - which enables ultra high-resolution displays on glass TFT backplanes. The company is aiming to produce lower-cost and higher-performance microdisplays for the AR/XR markets. Earlier this year INT Tech announced that it has produced its first prototype - a 0.7" 2,300 PPI real RGB side-by-side AMOLED display, which will be the company's first commercial display.

Yesterday Oppo hosted its Oppo INNO Day 2020, during which it unveiled two interesting concept devices. First up is the Oppo X, a rollable OLED smartphone that can open up to increase the display size:

When closed the Oppo X has a 6.7-inch AMOLED, and when rolled open it can reach 7.4 inches. Inside the phone the display scrolls around a 6.8mm 'scroll motor'. Oppo says it applied 122 patents for this specific phone, with 12 patents protecting the scroll mechanism. This is still just a concept, and Oppo did not disclose any commercialization plans.

OLED microdisplay maker eMagin posted its financial results for Q3 2020. While the company had a strong quarter in its main military market, but eMagin total sales were lower than expected as the medical and commercial markets were effected by the COVID-19 pandemic.

Seiko Epson announced that it has developed its fourth generation optical engines for smart glasses, which will be used in the company's future Moverio series - and will also be offered to customers in the consumer and industrial smart glasses markets.

The new optical engine boasts 1.5X greater density, 5X greater contrast, and a 1.5X wider field of view than Epson's previous optical engines. Epson has developed a new OLED microdisplay (branded as Si-OLED) that is 0.453-inch in size with a resolution of 1920x1080 and a contrast ratio of 500,000:1.