On Burn-In vs Image-Retention and LG's new pOLED displays

In September 2017 LG Display started shipping its new 6" 1440x2880 (538 PPI) pOLED displays, which are adopted so far by two smartphones - the LG V30 and Google's Pixel 2 XL. On paper these displays are superb, but actual reviews were rather dismal - to the point that some reviewers say that these are simply "bad displays". 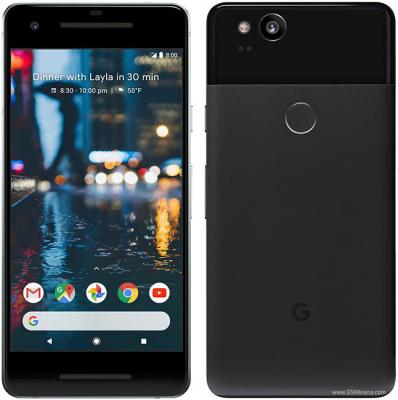 The reviews mentioned bad color reproduction, graininess and problematic viewing angles - and many consumers also reported serious burn-in issues. Samsung has recently started a marketing campaign that says that LG OLED TVs also suffer from image retention problems. In this article we'll explain what is burn-in, the difference between burn-in and temporal image-retention and also try to shed some light on LG's latest OLED problems.

So first of all, it is important to understand that there are two types of burn-in, short-term and long-term. OLED materials degrade over time which means that the brightness of the sub-pixel for a certain voltage is lowered every time you drive it. A sub-pixel that does not emit light (i.e. a black sub-pixel) does not degrade. In an OLED display, each sub-pixel is driven differently which means that each sub-pixel's brightness changes over time in accordance with its usage.

If an OLED display keeps showing the same image (for example a network icon, or smartphone icon, a game interface element, etc), over time these pixels will become less bright compared to other pixels in the display. This could become visible and is what people call burn-in, or permanent image-retention or uneven aging. This is obviously a problem - even with modern OLED displays that adopt new long-lasting OLED emitters.

Temporal burn-in is completely different effect, caused by thermal issues. When pixels are driven (when they emit light) they start to heat up. This effects the OLED material performance and can cause what people experience as burn-in. The effect usually goes away after a few seconds if the display is turned off.

According to DisplayMate, plastic-based flexible OLEDs are more affected by thermal issues compared to glass-based OLEDs. 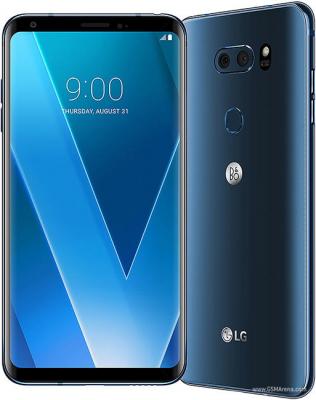 Now let's turn back to LG. The company first aimed to produce these 6" pOLEDs at its new E5 production line, but the E5 faced delays and LGD had to produce the V30 and Pixel 2 XL displays at its smaller-scale E2 line. The E5 has started mass production in Q3 2017 but will only start to output displays for products that will launch at the end of 2017.

This of course does not explain the quality issues with LG's pOLED displays, especially as LG does manage to produce excellent pOLED displays for Apple's Watch. It may be that early production had series quality issues that LGD will be able to fix soon. It may also be that both LG Electronics and Google need to employ a better quality assurance program.

I reached out to Dr. Soneira, DisplayMate's president for his own views on the Google Pixel 2 XL display quality problems, and here is his official remark: "Very few reviewers understand current display technology, which gives rise to lots of bogus claims. You can't simply eyeball mobile and TV display performance anymore, the displays are now considerably more complex with lots of internal modes and variables that need to be properly lab tested, measured, and evaluated."

I'd like to thank Dr. Raymond Soneira, DisplayMate's President, for his assistance with this article.

No. The campaign is about image retention. Lovely mistake to make in an article that is supposed to explain the difference...

Thanks, that was indeed a mistake!