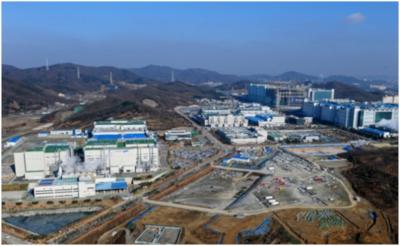 Omdia expects Samsung Display to produce 55-inch, 65-inch, 78-inch and 82-inch QD-OLED panels. It will also adopt the technology to produce 27-inch and 32-inch 8K gaming monitors. By adopting MMG technology, it will be able to produce two 82-inch and three 32-inch panels on the same 8.5-Gen substrate, or two 78-inch and six 27-inch panels.

In the long run SDC plans to convert all its 8-Gen LCD lines (360,000 monthly substrates) to QD-OLED production (which will yield around 100,000 monthly QD-OLED substrates). 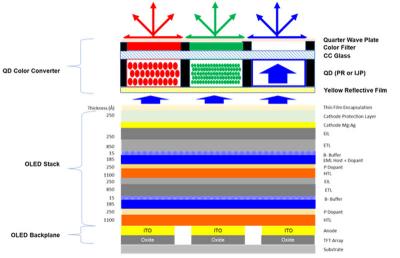 According to DSCC, Samsung's QD-OLEDs will offer several advantages compared to LG's current WRGB (four subpixels + color filters) system. Samsung will be able to use three sub pixels and only two emitting layers (LGD uses four), and so its stack will include 13 layers compared to 22 layers in LGD's TVs - which means fewer deposition stages, improved yields and lower material costs.

In fact, DSCC estimates that a square meter of QD-OLED production will require materials that cost around $26 - compared to almost $95 in a meter of WOLED production. 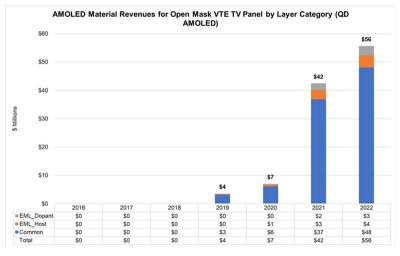 You can see DSCC's QD-OLED revenue forecast here - although they admit that as Samsung faces several technical challenges before it could launch commercial QD-OLED TVs, its forecast could be way off.

The two main challenges for QD-OLEDs, according to DSCC, are efficient blue OLED emitters (first-gen will likely use fluorescent emitters) and a good quantum-dot color converter (QDCC). Light management in this architecture is also a serious challenge.

They should implement built-in pixel-perfect integer scaling, so that any of the typical resolutions could be used with no quality loss caused by horrible interpolation blur:

what is integer scaling please ?

Integer(-ratio) scaling is a pixel-perfect image-upscaling approach that upscales by integer multiples, with each logical pixel represented by a square (rectangular in general) group of integer number of physical pixels of the same color not affected by colors of adjacent logical pixels.

All existing monitors and most of TVs blindly use bilinear interpolation regardless of the native-to-logical resolution ratio, so we have blur even when it is not necessary, and Full HD on 4K displays looks worse than on a display with native Full HD resolution.

See my article for details.