» Where are the 2 to 4 inch AMOLED displays?

All AMOLED makers are currently focused on two major markets - smartphone displays and wearable displays. This leaves out an important part of the market - displays that are between 1.5" and 5" in size, and device makers that want to adopt AMOLED displays in this size segment find it impossible to find the displays they want.

As smartphones grew larger and larger in recent years, the display makers are focusing on 5 to 6.5 inch for their smartphone display portfolio. Wearable AMOLED displays are exclusively aimed towards smartwatches - which use displays sized 1 to 1.5-inch, many of whom are round displays.

Samsung Display did use to produce 2 to 3 inch AMOLEDs, mostly for digital cameras, but these displays are no longer in production. One of the latest cameras to adopt such a display was Nikon's 2016 DL24-500 with its 3" articulating OLED. Many other camera makers, including Panasonic, Canon and Samsung, also introduced ~3" OLEDs for their cameras.

As we said, OLED display makers are hesitating whether to design a standard product in this size range - as the companies prefer to focus on the larger markets offered by smartphone and wearables.

Many smaller device makers, in a wide range of industries, are anxious to replace the LCDs, used in current generation devices, with OLED displays - as OLEDs offer better power efficiency, an improved image quality and better design freedom.

Many such device makers have reached out to us, asking for our help. For most of these devices, the sad reality is that AMOLEDs are simply not applicable at this stage. However, for some devices, there are several solutions.

These VR displays are excellent ones offering very high densities and a high refresh rate of 90Hz - actually quite beyond the requirement of most devices. The main problem is the relatively high price of these displays, which are almost twice as expensive as what a similarly sized non VR OLED would have costed.

Another possibility is to order a custom AMOLED. In that case you have great control over the size, resolution and features of the display that will exactly suit your needs.

AMOLED makers, however, require a hefty tooling fee and a large minimum order. We usually see a one time fee of around $3-5 million, and an MOQ of 300,000 units. This puts a custom display out of reach for many device makers, but if you do require over 300,000 units this could be a good solution, even though the tooling fees will add a significant expense for each display.

Another option that some device makers opt for is to use end-of-life OLED displays - old AMOLEDs that are no longer in production, but that suppliers still have access to.

From our talks with suppliers in China, it seems that there are several interesting options. One supplier, for example, still carries some old (circa-2008) CMEL 2.4" 240x320 AMOLED displays.

Other suppliers still carry Samsung's old AMOLEDs. One example is Samsung's 3.69" 480x800 display (used for mobile phones originally) and another is Samsung's 3.95" 360x640 AMOLEDs. Both Samsung displays were produced at around 2010, and large quantities are still available. 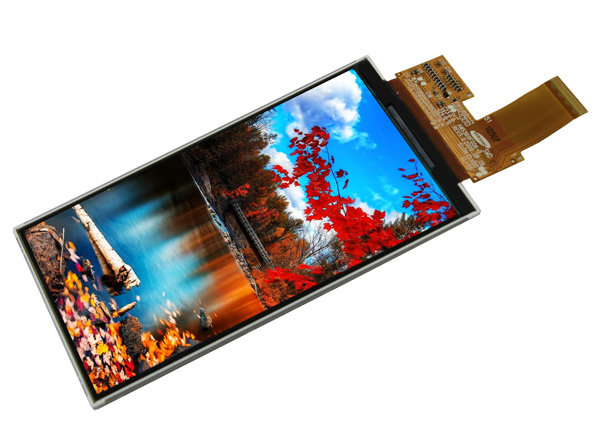 All these older AMOLED displays are quite expensive, and sometimes cost more than newer smartphone AMOLEDs that offer a larger size and better performance. In addition, current quantities and limited and the suppliers cannot guarantee they will be able to sell these panels in the future. All this means that this solution is more suited for device makers that are okay with buying all displays for the lifetime of their device in advance. 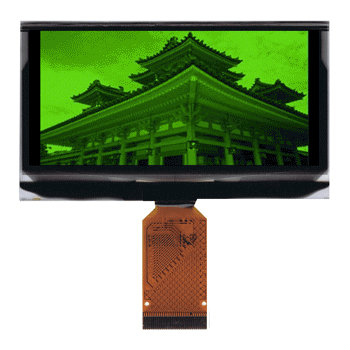 What the future holds for 2-4 inch AMOLEDs

We have discussed this market segment with several display makers, and unfortunately it seems that these AMOLED makers do not have any immediate plans to introduce standard 2-4 inch AMOLEDs to the market - which means that such displays won't enter production for at least 1-2 years.

I'm supprised you didn't mention eMagin .  They have Patent # 9899456 -Large area oled microdisplay and method of manufacturing same which describes a 1" - 3" display capability:

A large area active-matrix organic light-emitting diode microdisplay and method for fabricating the same is provided which includes a panel having resolution of greater than 2,000 pixels per inch and a size of 1.4 or more inches for supporting the needs of virtual reality and augmented reality application.

Furthermore they are currently developing a 4K x 4K OLED micro display (to be used per eye) with prototype to be ready early 2019 - I expect this will be in the neighborhood of 2"-2.5" - I suspect this is display being developed for Oculus .

Yes. This would be -- what we're working on is like a 4Kx4K. I can't give you the exact numbers because we don't witness anyone divulge that. But it's the design that when we go to companies and talk to them, this is the type of display they want for VR or mixed reality, and so we are designing that display with this one company that's funding this design. We've recently had, as we said, a number of other companies, one of which has asked us for 3 different scenarios and one scenario fits very well in this camp. So it is 4K like -- 4Kx4K.

Thanks - this is interesting, and maybe I should have mentioned eMagin indeed. I presume these will be highly expensive displays, 2" OLEDs on silicon, though. We'll be sure to follow that, and in any case I don't see these displays on the market any time soon...