BOE Display, founded in 1993 in Beijing China, is one of the world's leading display maker, producing both LCDs and OLEDs. BOE also produces LCD backlighting units and solar panels.

BOE has been producing small glass-based OLEDs for some time, but the company's focus is currently in flexible and foldable OLEDs. In October 2017 BOE started to produce flexible OLED displays at its first flexible OLED line, the Chengdu B7 6-Gen fab. The annual capacity of the B7 line, when complete and at 100% yields, will be 45,000 monthly 6-Gen substrates, or about 90 million smartphone OLEDs

In May 2018 BOE demonstrated its latest flexible and foldable OLEDs at SID 2018. BOE's foldable prototype was a 6.2" WQHD (1440x3008, 538 PPI) panel that features a fold-radius of 1R and include a touch layer. BOE also demonstrated a foldable tablet (which they call a Phonblet, I am not sure if this term will catch), which includes a larger 7.56" foldable OLED. This panel features a resolution of 2048x1535 (338 PPI).

OLED production will grow 94% in Q2 2021, as demand for OLED panels increases

DSCC says that OLED production will grow 94% in the Q2 2021, fueled by strong demand for OLED in smartphones, TVs and other devices - coupled with a recovery from the pandemic. Growth in OLED input area for small & medium displays is expected to grow 68%, while grow in OLED TV input area will grow by 134% over last year.

The chart above shows the total OLED (and mobile LCD) industry capacity. As you can see, flexible OLED capacity is growing - mainly from expansions by CSoT, Tianma and Visionox. There's also growth in rigid OLED capacity - from Everdisplay and JOLED.

BOE and Himax announce an electric vehicle design-win for a 12.8-inch flexible AMOLED

Himax Technologies, together with BOE Varitronix (automotive display product supplier) announced that they secured a design-win with a leading new electric vehicle maker.

In 2020 it was reported that Samsung Electronics is set to use AMOLED displays produced by China's BOE in some of its smartphones. It was later reported that BOE failed to pass Samsung's quality tests.

According to a new report from Korea, BOE finally managed to pass Samsung's tests and is set to start supplying flexible OLEDs that will be used in Samsung's budget Galaxy M series of smartphones.

The main growth in the OLED industry in 2020 came from smartwatches and TVs markets. Smartphone and tablet display shipments actually decreased in 2020. In 2020, new market emerged - automotive displays, laptop displays and foldable devices.

In November 2020 it was reported that BOE did not pass Apple's OLED quality test for the iPhone 12. Later it was suggested that BOE did manage to enter Apple's supply chain, although perhaps only for aftermarket (refurbished models) panels.

According to new reports from China and Korea, BOE has been finally approved as a third OLED supplier (besides Samsung Display and LG Display) for Apple's iPhone 12 - the mini and standard models (and not the higher-end iPhone 12 Pro).

Market research company Omdia estimates that LG Display held a 92.5% share in the automotive AMOLED panel market in 2020, in terms of sales. Samsung Displays accounted for 6.9% and BOE 0.6%.

OMDIA estimates that the total AMOLED automotive market in 2020 was 240,000 units, and says that the market will experience a fast growth of 60% CAGR to reach 4.4 million units in 2025.

Solas OLED files a US ITC complaint against Samsung and BOE

Towards the end of 2020, Ireland-based OLED IP company Solas OLED filed a complaint to the US International Trade Commission against Samsung Electronics and BOE, saying that the two companies infringe upon some of its AMOLED patents.

The US ITC apparently decided to launch a section 337 investigation aginst both BOE and Samsung. Solas OLED requested that the ITC to issue a limited exclusion order and cease orders.

BOE announced it is raising new funds (a total of $3 billion) towards several projects, including an increase at its stake at its LCD lines and increase the capital at its 6-gen flexible AMOLED line in Chongqing.

According to the reports from China, one of these projects is a $155 million USD project to develop 12-inch OLED microdisplay production. This is a large sum that will also likely include funds to actually start 12-inch production and not just R&D.

We are happy to announce that we added two new flexible smartphone AMOLED displays to the OLED marketplace. These new OLEDs ,produced by BOE, are now available globally through our supplier partners in China. 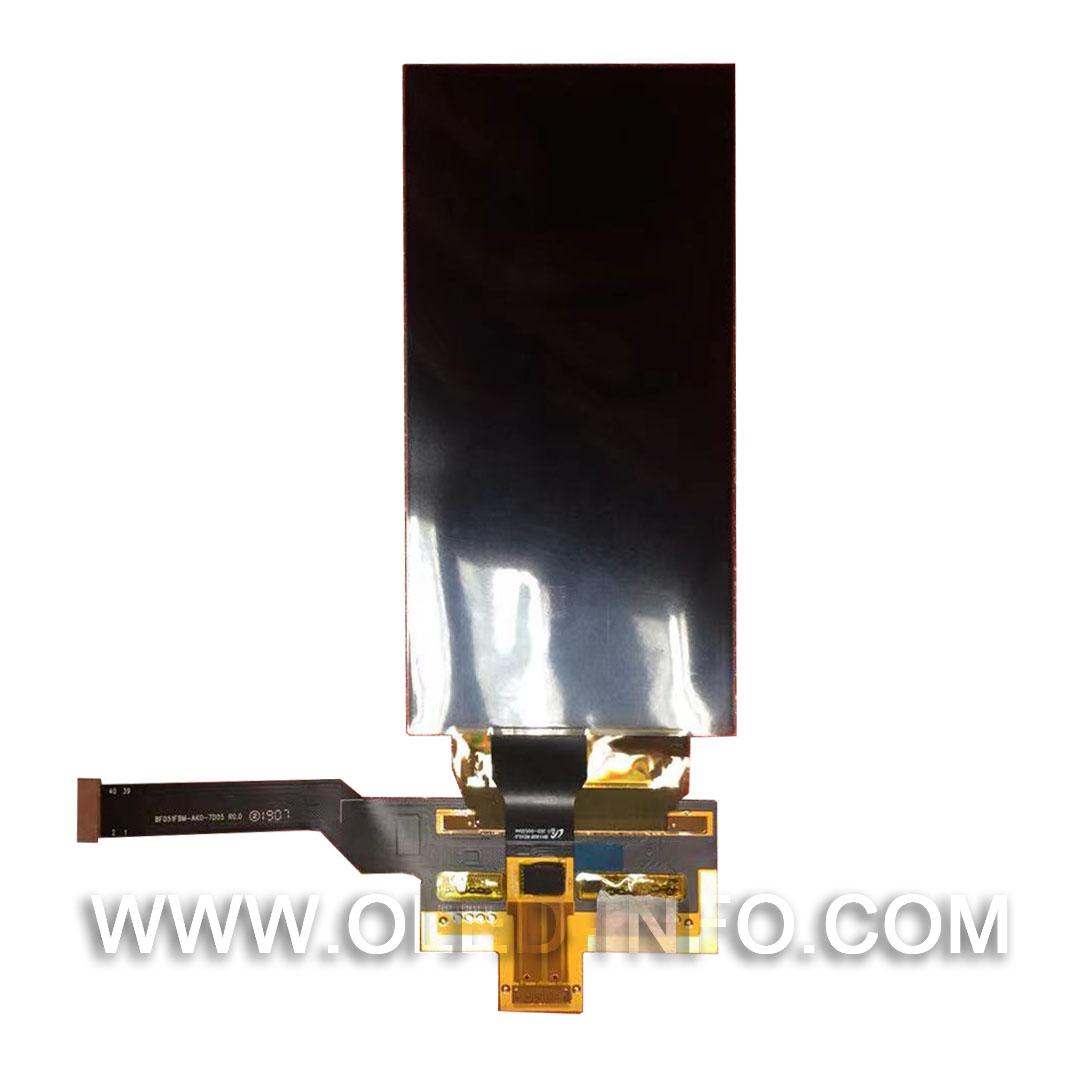 A new report from China suggests that BOE finally managed to enter Apple's supply chain for its iPhone devices. Only last month it was reported that BOE did not pass Apple's OLED quality test.