LG Chem announced that it has developed a new PET-based foldable OLED cover film. LGC says its new film is thinner and more durable than both polyimide films and Ultra-Thin Glass, currently used in foldable OLEDs. 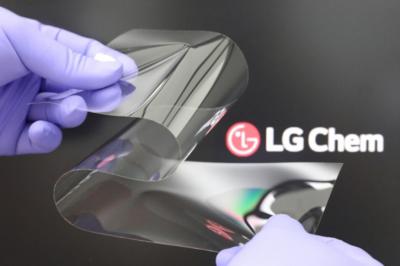 LG Chem designed new materials, which are coated on both sides of the PET film to strengthen its heat resistance and mechanical properties. The company says the new film withstands over 200,000 folding cycles.

Kolon Industries says that the company is supplying colorless polyimide (CPI) films to Xiaomi - used as cover windows for Xiaomi's latest Mi Mix Fold smartphone. Xiaomi sold over 40,000 such smartphones within one minute, and the company hopes to ship around 500,000 units in total. 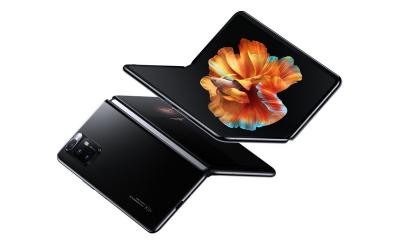 Kolon says it is the only company that produces such CPI films, and the company says it also supplied films for Huawei's Mate X, Motorola's Razr and Lenovo's Thinkpad X1 foldable laptop - and will also supply to Oppo and Vivo for their own foldable devices.

UBI Research estimates that Ultra-Thin Glass (UTG) will hold a 80% market share in the foldable OLED panel cover material market. The rest of the market will adopt Polyimide films. 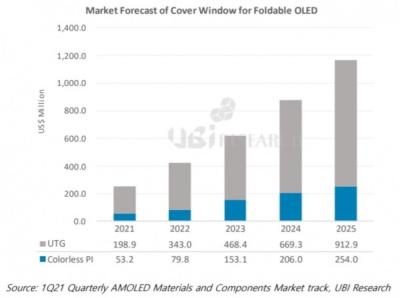 According to UBI, Samsung Display will only use UTG in its future foldable OLED displays. Transparent Polyimide films will be used in budget models, or for displays larger than 10" in size. BOE and CSoT currently use Polyimide films in foldable OLEDs, but both companies are looking to adopt UTG in future displays.

UBI Research estimates that foldable smartphone display makers will continue to rely on both Ultra-Thin-Glass (UTG) and Colorless Polyimide (CPI) films for at least the next five years. 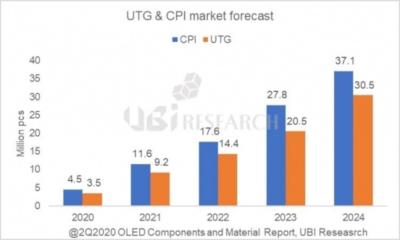 According to a new report from Korea, Samsung Electronics wants to develop its own UTG cover, as it feels the Dowoo Insys UTG is still not robust enough and the company also wants to increase production yields and reduce costs. SE is already in talks with several glass suppliers for this project.

Samsung is working on its next foldable phone, which according to leaks will be called the Samsung Galaxy Z Flip. According to XDA's Max Weinbach, the new phone will be use ultra-thin flexible glass, instead of polyimide. 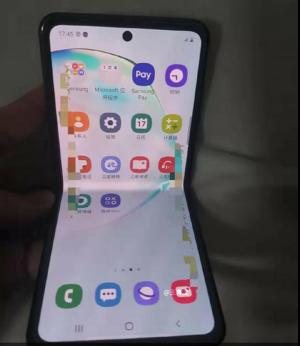 In November 2019 Samsung indeed signed an exclusive deal with Korea's Dowoo Insys to supply ultra-thin glass (UTG) for future foldable OLED devices. Samsung is aiming to switch to glass as its current foldable OLEDs which are protected by a plastic cover are highly prone for scratching and are very fragile.

Ireland-based OLED IP company Solas OLED has filed a lawsuit in the US (Texas) against Apple for patent infringements. The lawsuit mentions three patents (USPTO# 6072450, 7446338 and 7573068) that relate to the OLED stack, structure and circuitry (for example one of the patents relates to the formation of a backplane on a polyimide substrate). 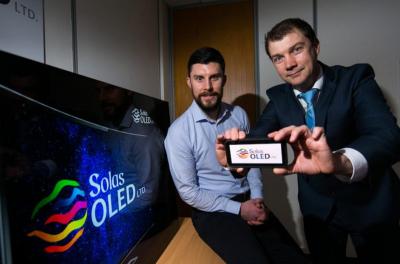 Apple is of course not the producer of the OLED displays - but Solas says that Apple is accused of "making, using, selling, offering for sale, or importing products that infringe the claims" of its patents. Apple's OLED suppliers are Samsung (for the iPhone and MacBook Pro Touch bar devices) and LG Display (for the Apple Watch display).

The South Korean government says it will spend around $6.5 billion in the next five years to help the local materials, components and equipment sectors and lower its dependence on Japanese imports. This follows Japan's government decision to restrict some material exports, including fluorinated polyimide, to South Korea, following a diplomatic tension between the two countries. 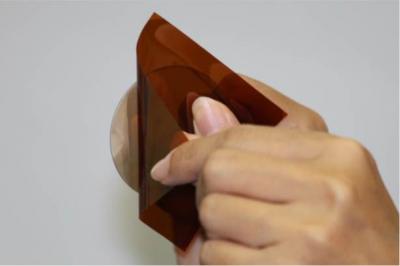 Korea hopes to ensure a stable supply of 100 strategic items (selected from a list of 1,100 industrial items that are imported mostly from Japan) and will assist local R&D activities, lower import barriers and reach out to suppliers in other countries. Korea mostly aims to protect its chips, displays, cars, electronics, equipment and chemicals industries.

PlayNitride aims to release its first Micro-LED display products by the end of 2019. In 2017 the company started to sample micro-LED panels and shipped samples to 10-20 potential customers.

A few days ago we reported on Japan's government decision to restrict some material exports, including fluorinated polyimide, to South Korea, following a diplomatic tension between the two countries. 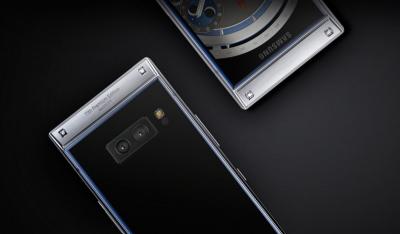 Polyimide is required for OLED production, and Japan controls about 90% of the world's production. According to a new report from Korea, Samsung and other companies have warned the Korean government that production in some plants could be halted as early as by the end of July if these materials are not available. It is not clear what is the situation of Samsung's (and LG's) OLED production.