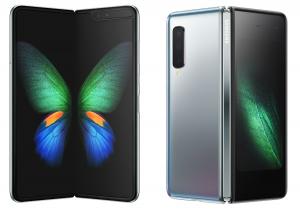 Samsung's Galaxy Fold was supposed to ship in April 2019 for $2000 - but Samsung delayed the launch following reports of broken review units. According to reports the issues have been fixed but a new release date has not been announced yet.