This is a premium OLED-Info article

Virtual Reality (VR) means a near-eye display that completely blocks the real world and replaces it with a simulated display. VR displays have been around for a long time - the first VR head mounted displays (HMD) were introduced in the 1960s, but these devices, and those devices that followed it for 50 years suffered from many problems due to primitive technology. 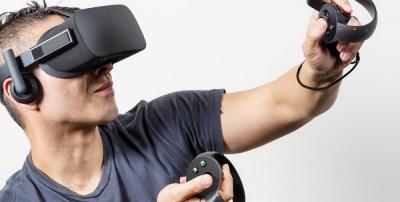 Everything seems to have changed in 2012, when Oculus Rift raised $2.5 million on Kickstarter to develop its VR HMD. Less than 2 years later, the company was acquired by Facebook for $2 billion, and the VR market finally emerged. A good VR experience requires a high end display that features fast response time, high resolution, power efficiency, light weight, and more. OLEDs are the perfect choice for VR displays - especially due to the technology's low latency (as opposed to LCD displays, which are notoriously slow).

Regular AMOLED displays (which usually target smartphones) feature a relatively low refresh rate - 60Hz is certainly enough for a smartphone. But VR requires a higher rate, and so-called VR displays have been developed that support 90Hz. These kind of displays were adopted by Sony, Oculus, HTC, OSVR and others.

There are three main OLED display types used in VR headsets. First we have smartphone sized (~5") displays. These were the ones used originally in Oculus' prototypes. The second option is to use two smaller displays (around 3-3.5"), one for each eye. Another option is to use OLED microdisplays.

Samsung Display is the clear AMOLED market leader, with over 90% market share in 2016. SDC started to collaborate with Facebook's Oculus in May 2014, and this collaboration resulted in the displays used in Oculus' consumer headset - 3.54" 1080x1200 PenTile AMOLED displays that feature a refresh rate of 90Hz. The Oculus Rift uses two such displays, one for each eye. Samsung is also producing the 5.7" FHD panel used in Sony's PlayStation VR. 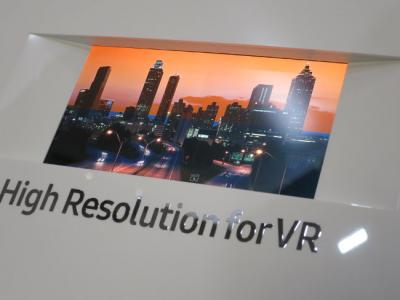 Samsung Display continues to develop its VR AMOLEDs, as the Korean company expects VR and AR markets to spark demand for high-end OLED displays. In May 2016 SDC demonstrated a high-resolution OLED display, specifically for VR applications - a 5.5" panel with a 3840x2160 resolution - or 806 PPI. The panel offered a brightness of 350 nits and a color gamut of 97% adobe RGB.

A report earlier in 2016 suggested that Samsung is considering a dedicated OLED production line for VR applications. This same report also stated that LG Display is considering a similar move. We actually have no other sources of information regarding LGD's VR AMOLED plans - although it is highly likely that LGD will enter this market when it starts to produce OLEDs for mobile devices in 2017.

The second AMOLED maker to offer VR AMOLEDs is Taiwan's AU Optronics. Taiwan's AU Optronics is currently focused on VR, wearable and automotive applications for its AMOLED displays. And in August 2016 AUO's 3.8" VR panel entered mass production. According to our (unverified) information, HTC is using AUO's panels in some of its HTC Vive devices (although its main supplier is SDC). AUO's VR panels feature a resolution of 1080x1200 and a refresh rate of 90Hz. More information on AUO's new panel can be found on the OLED Marketplace.

China's Everdisplay started mass producing AMOLED displays towards the end of 2014, and the company has been expanding its OLED display product range and is developing displays for mobile phones, wearables and the automotive market. Everdisplay has also demonstrated 6" 4K AMOLED displays especially for the VR market. 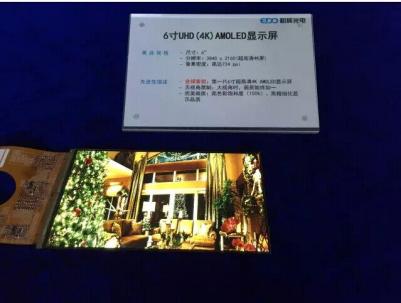 Using microdisplays in a VR headset has several advantages - it can be used to make much smaller and lighter designs, power consumption is lower and these displays can have very high resolutions. Royole for example, opted to use a high-resolution OLED microdisplay in its Moon VR headset. 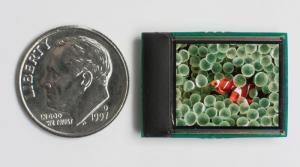