Universal Display reported their financial results for Q2 2012, with a record revenues of $30 million (up 167% compared to 2Q 2011). This includes the $15 million license payment from Samsung (paid twice a year). Net income was $11 million. UDC says that the number of customers purchasing OLED materials increased about 40% from 2Q 2011. Following are some notes from the conference call (during which Steve Abramson, UDC's president and CEO, mentioned OLED-Info four times): 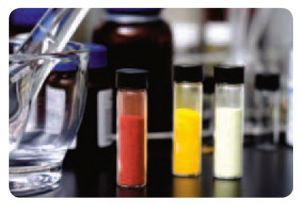 Regarding the recent $105 million purchase of Fujifilm's OLED IP portfolio, UDC says that half of these patents relate to device architecture, and the rest covers OLED materials - host, transport and phosphorescent emitters (including iridium and platinum). The company does not expect the patent purchase to generate revenue (in license or material sales) in the near term.

The acquisition was mainly to strengthen UDC's IP (worldwide, but Fujifilm's strong Japan patents - 45% of the patent portfolio - was also important to the company). Further down the road it will enable UDC to provide host and transport materials.

UDC also mentions that the new phosphorescent emitters (platinum and iridium) material patents will give them more design freedom (to use a lot more families of molecules) when they develop new material systems and technologies.

The company is still waiting for the green PHOLED ramp-up, with green emitter sales in Q2 being about the same as the sales in Q1. Sid Rosnblatt (UDC's CFO) says that there are no commercial products with their green materials. It's strange because during SID Janice Mahone told us that there are three such products (the PSP Vita, the Motorola Droid RAZR and a samsung electronics product, I'm not sure which).

The company is currently selling light-blue host and emitter materials. The majority of the company's technical team is focused on dark blue, and they are "making some good progress"

In their 10-Q filing, UDC reports that they invested $300,000 in a plasma processing equipment R&D company (through the purchase of a $300,000 convertible promissory note). We do not know which company is that.

UDC re-iterated their 2012 revenue guidance - $90 million to $110 million (it mostly depends on green emitter and host adoption). The company expects to have increased material sales in the second half of the year, and so the material inventory more then doubled from the beginning of 2012.