OLEDs make it possible to create small (thin) displays, that are bright and power efficient. Such efficient small screens are perfect for wearable devices - such as smart watches.

The first OLED watch we are aware of is the Citizen VIRT, released in June 2006 This watch had bluetooth connection, and was able to show caller ID. The displays is a small blue-colored PMOLED.

Over the years, more companies released similar devices with PMOLED displays, such as the Anlong MP4 watch (1.5" 128x128 260K colors OLED) and the APUS OLED Watch with its monochrome small PMOLED displays 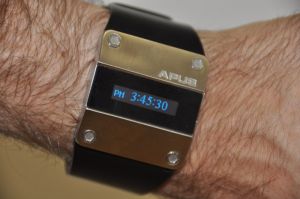 Recent years saw a resurgence in smart watches, and newer generation ones tend to use higher-resolution and more advanced AMOLED displays. Many companies are now offering such smart watches with AMOLED displays - including Apple, Samsung, Microsoft, LG, ZTE and Asus. 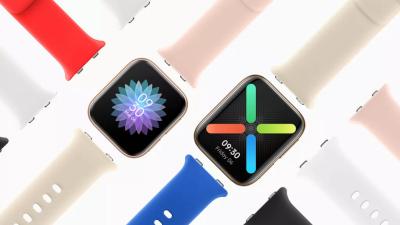