OLED (Organic Light Emitting Diode) is a new display technology that is brighter, more efficient, thinner and feature better refresh rates and contrast than an LCD display. OLEDs deliver the best picture quality ever and are used in high-end smartphones and tablets.

The idea of an OLED monitor is exciting consumers as such a device will offer an unparalleled viewing experience and a thin form factor. But OLED monitors are not on the market yet. This article will explain the benefits, the current status and the future of OLED monitors.

Why is an OLED monitor better than an LCD one?

OLED monitors and the burn-in challenge?

Of course OLED technology is not perfect. One of the major drawbacks of an OLED display is image retention / burn-in. In an OLED display each pixel is driven independently and each pixel ages differently - the brightness is reduced with use. To put it simply - a pixel that was used a lot will be less bright than a pixel that hasn't been driven as much.

For mobile phones and TVs this is less of a problem - but in a computer user interface many UI elements are quite fixed (toolbars, icons, etc) which means that burn-in is a real problem. There are some technologies to handle this problem - for example by measurement and compensation, and the lifetime of OLED displays is improving all the time. In addition user-interface designers can design a user interface that will be more suited for OLED displays.

OLED monitors on the market

OLED displays haven't been widely used in monitors yet, only in very high-end professional monitors, such as LG's UltraFine OLED Pro 32EP950, that features a 4K 31.5-inch OLED (produced by JOLED). The 32EP950 costs $3,999.

LG Display says that according to an original research it has conducted, OLED is the optical gaming display technology. 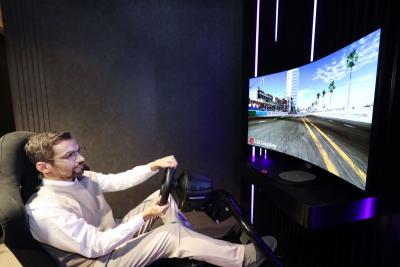 In this research, several gamers played different gaming genres on LCD and OLED displays, and on curved and flat displays. The study results show that a gamer’s reaction time can be improved by using OLED, while a display’s curvature provides a more immersive gaming experience.

LG Display says that it has no immediate plans to start producing OLED panels for monitor applications (at sizes of around 30-inch), but the company is looking at two different architectures for such panels.

Specifically, LGD is considering whether its WRGB OLED panels, used currently to make TV panels (sizes 42-inch and up) are suitable for 30-inch monitor panels. Another option that LGD is looking into is adopting its RGB mobile OLED (p-OLED) technology to produce monitor panels.

Dell's Alienware AW3423DW QD-OLED gaming monitor is now shipping for $1,299. This is the world's first device to sport a QD-OLED panel (produced by Samsung Display). 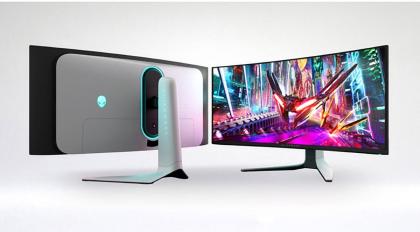 Demand for larger mobile OLED displays, for laptops, tablets and monitors is on the rise, and OLED makers (Led by Samsung Display) are planning to establish 8.5-Gen OLED production fabs dedicated for IT panels. The leading maker is 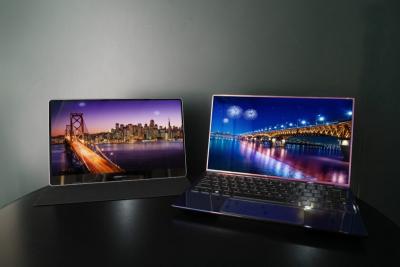 DSCC posted a very interesting article with predictions on this new development in the industry, saying that there are currently 11 different 15K G8.5/G8.6 IT OLED lines under development.

Last month Dell announced the Alienware AW3423DW gaming monitor, the first one to spot Samsung's 34-inch QD-OLED panels. The company announced that the AW3423DW will ship in the spring, with a price of $1,299.

DSCC has released its latest OLED market forecast, and the company forecasts a 8% CAGR revenue growth, with the market reaching $64 billion in revenue in 2026. The growth will be fueled by high demand for laptop, monitor and tablet displays. The smartphone and OLED TV market will also continue to grow. 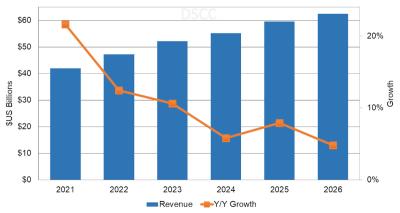 It will be very interesting to see how these displays compare to other OLED (and LCD) displays on the market, and we don't have any real reviews yet... but Mark Spoonauer, a writer at respected site Tom's Guide said that the new QD-OLED displays is "the best he has ever seen".

We already know that Samsung Display is starting to produce QD-OLED panels, and the first products have already been announced: Sony's A95K QD-OLED TV and Dell's and Samsung's 34" QD-OLED monitors.

It is great to see Samsung Display officially announce its QD-OLED panel lineup at CES 2022. The company is indeed producing three kinds of panels, 55" and 65" 4K panels for TVs and wide 34" panels for monitors. SDC says it will start mass producing the panels "in the first half of 2022".

Both Samsung Electronics and Dell have announced new gaming monitors that both use the same 34" curved QD-OLED panel. As we reported last year, SDC started to produce 34-inch QD-OLED panels and it is great to see the first products already launched.

Last week we reported that Samsung Electronics plans to reveal its first QD-OLED TVs in early 2022. According to a new report in Korea, Samsung Display's first QD-OLED panels will be 65-, 55- and 34-inch in size. This means that in addition to Samsung's TVs, we are likely to see OLED monitors as well. 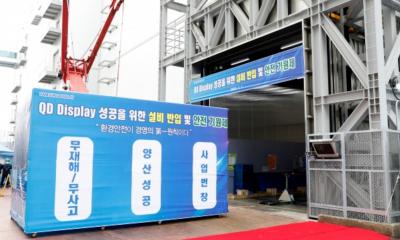 This is very good news to the consumers who have been waiting for OLED monitors for so many years. Some OLED monitors are already shipping - but only very high-end ones for professionals, such as LG's $3,999 31.5" UltraFine OLED Pro monitor.

Is current OLED architecture obsolete? An interview with the head of Germany's Max Planck Institute
The price of Iridium is at an all-time high, will that effect the price of OLED materials and displays?
PPML shows two new OLED Lighting designs
Xiaomi launches a transparent OLED TV for the consumer market
LG Displays adopts its MLA technology to its new gaming monitors
Loading content ...
Loading content ...