LG Display announced that it will build a new OLED display plant in Paju, Korea. The P10 fab will mainly make large-size OLED TV panels and flexible OLED panels - but LGD also expect to produce future display technologies such as transparent OLEDs at the new plant. LG Display's CEO says that this is an "historical investment" for the display industry as it will expand the OLED market and accelerate future display technology development. 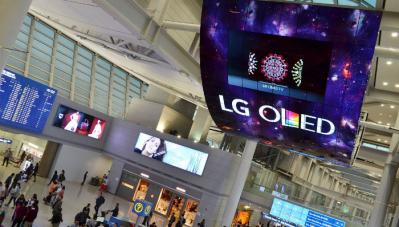 The P10 is going to be a large plant - with an area of 382x265 meters (similar to 14 football fields) and will be 100 meters high. The OLED TV lines will be Gen-9 lines while the flexible OLED lines will host smaller substrates. The first production line is scheduled for mass production in the first half of 2018.

The total investment in the P10 plant is estimated at KRW10 trillion ($8.7 billion USD). The first phase (which covers the construction of the building, the foundations for the clean rooms and infrastructure) will begin this year and will require an investment of KRW1.84 trillion ($1.6 billion USD). 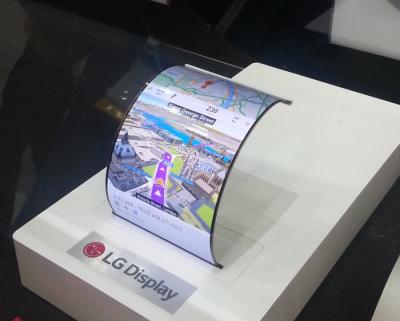 In August 2015 LG Display announced plans to invest around $8.5 billion in OLED capacity in the next three years as the company shifts its focus to OLED displays, and LG already committed to the E5 Gen-6 flexible AMOLED fab in Gumi (in a KRW1 trillion, or $900 million USD investment). It seems that LGD is accelerating its OLED investment plans, as this new fab alone exceeds the original investment plans.

According to some reports, Apple made the decision to switch to OLED displays in future iPhones - indeed in 2018. Apple is said to be in talks with suppliers to secure the huge capacity required (over 200 million displays, for the iPhone alone). This may be one of the reasons LG decided to make this huge commitment. Regardless of Apple, it seems that LGD already made the decision to go into the OLED display market for mobile devices.

Back in 2012, LG Display was awarded a project by the Korean government to develop 60" UHD flexible and transparent panels by 2017. Later in February 2014, LGD said it is still on target for this project, in July 2014 the company demonstrated 18" flexible (shown below) and transparent OLEDs and recently LG Electronics announced that it will demonstrate a 55" rollable OLED TV at CES 2016. 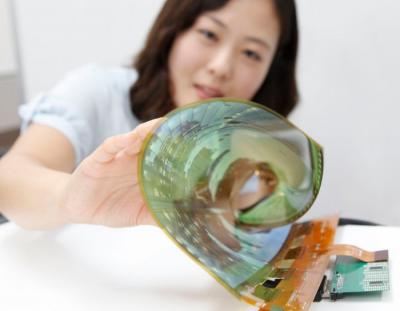 LG is expected to launch a bendable TV (the 77" EG9900), and the company also developed 0.97-mm flexible OLED "wallpaper" TVs that attach magnetically to a wall and can be "peeled off". Those aren't truly rollable OLED TVs, but perhaps by 2018 such displays may reach the market indeed.

We recently conducted a short interview with an official from LGD regarding the company's OLED business goals and aims.

do you know what LG and Samsung understand, when they announce flexible?

The images show som rolled up displays, but I am eager to see truly flexible OLED displays, e.g. one that can be used for foldable tablets and alike. At the same time, I doubt this can be done without completely new technologies inside, e.g. other backplane tech.

Do you have any idea, what new technology will be used in the new fabs which produce flexible AMOLED?

Thank you for an update!

It's too early to tell for the 2018 fab... but I'm guessing the Gen-6 fab announced earlier will develop flexible panels that are similar to the ones we've seen on the GS6 edge, the Note edge, Apple's watch and LG's Flex phones. Rollable and foldable panels should start to appear next year or so...

Bear in mind that when companies like LG, Samsung, AUO, Hisense, Changhong, Japan Display, Toshiba, etc. etc. refer to "flexible" displays, they are typically referring to the ability to make displays that conform to non-planar geometries.

eg the Samsung Galaxy Edge phones, which have very small non-planar displays in addition to the larger planar display  (yes, indeed, the edges are SEPARATE displays, with SEPARATE control by the GPU of the SoC, and which subsequently cause those handsets to produce slightly lower GPU performance because, in actuality, the GPU is powering a higher resolution overall display by comparison to the Note and S6).

There is another concept, one that is more obvious to the lay person, of a "Flexible" display.

in this context, we think of a display that is literally flexible.  you can roll it up, fold it up, and put it in your pocket.

that is NOT what these companies are referring to 99.999% of the time.  They are refering to displays that can be made to fit the contour of your wrist (like a watch), rounded or rolled around the edge of a smartphone, etc.

in other words: they mean displays that are FIXED in their final form.

the truly flexible, bendable, movable displays are possible, sure, and have been displayed for many years.... almost a decade at this point (Sony had them on display in 2007).

the issue is TOUCH SENSITIVITY.  touch sensitivity requires a backplane that can very accurately sense conductance with locational (X/Y plane... or manifold in the case of flexible) accuracy.

this has traditionally been accomplished either with a standalone mesh/net of traditional inorganic semiconductor material (Silicon, or InGaZnO, aka "IGZO" in the case of Sharp), or by "piggybacking" on the transistor mesh that is used to activate and control the pixels/pixel elements of LCD/OLED.

To make a rollable/flexible/bendable display WITH TOUCH, you need a rollable, flexible, bendable backplane that also senses conductance.

OTFTs are not the greatest materials/devices for the performance that is required for good quality touch displays...

OTFT is the only type of potentially flexible material that solves this issue, and we are still a ways off for anything other than a $1 million prototype that required 10 veteran electrical engineers and materials scientists 6 months to make as a one-off for investor/marketing purposes and for display at a trade show.